PSYCHOGEOGRAPHY refers to an awareness of place and its relationship to the histories, memories and experiences of human beings that come into contact with it, an approach that relates to my own observations of contemporary spaces with ongoing interest on manifestations like footprints, cracks, and graffiti, and public interventions like Attention and A Tale of Two Cities.

The term psychogeography, described by Tate as "the effect of geographical location on the emotions and behaviours of individuals," was coined by theorist, philosopher and filmmaker Guy Dubord in 1955 as a way to explore "playful and inventive ways of navigating the urban environment in order to examine its architecture and spaces," a notion rooted in the traditions of Dada, Surrealism, and the 'flaneur' - wanderers that observe modern life and its impact on people.

A lecture delivered by Maryclare Foa, an artist who often works in this area, highlighted some key ideas and figures associated with this theory and practice which continues to flourish today.

She considers its process as a form of resistance against the bombardment of everyday life, disrupting the system through the "act of slowness" with "accute awareness" and a spirit of discovery, often through the mere act of looking and/or interventions in space.

Her work, Drawing Your Desire (After Vito), illustrated the possibilities of this by leaving abstract drawings on public pavements which functioned as a form of mark-making that also altered the conditions of the spaces, albeit temporarily.

Richard Long, an artist who has frequently come up in my research, is often related to this concept. His works typically make a connection between human and place, like A Line Made by Walking (1967), a photographic documentation of an unseen movement performance that left marks on the ground, and A Hundred Mile Walk (1971-72, pictured above), a documention of a long walk he made following a circular trail during which he recorded his relationship to the details he witnessed and experienced, from the sounds of living creatures that inhabited the area to the presence of rivers that marked the route.

Other artists associated with this field include Francis Alys (Thin Green Line, 2004), Bas Jan Ader (In Search of the Miraculous, 1973), Hamish Fulton (Walking Works, 2001/1967), Carey Young (Lines Made by Walking, 2003), and Vito Acconci (Following People, 1969), each one aiming to explore places and its implications with human presence.

Awareness of place and the traces of life within it are recurring elements in my own practice. The theory and history of psychogeography helps contextualise this aspect of my work which hopes to continue this long-running tradition, typically manifesting itself through ongoing observation and documentation of details found in public places.

Beyond this, however, my interests also extend into private spaces through considerations of personal accumulations, which in my mind form two sides of the same coin with an intrinsic link between the interior and exterior experience, often bridged by the resulting material culture that exist between them in the form of images, data and/or objects as representions and/or records of its symbiotic interactions, a broad area that I aim to better explore in various works.

The Arcades Project (1927-1940): An unfinished written work by Walter Benjamin, a record of the stories + details he found at a 19th century Parisian arcade, closely associated with the history of psychogeography as an early example of a keen observation of urban spaces + its inhabitants. 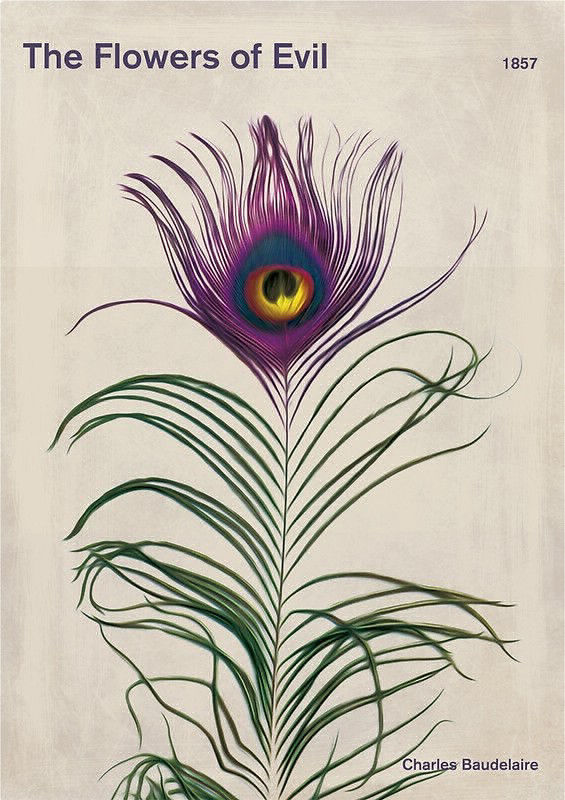 The Flowers of Evil (1857): A collection of poems by Charles Baudelaire featuring his detailed observations of Parisian life in an era that ushered major changes leading into "modern life" - widely considered as a key inspiration in the development of psychogeography by Guy Dubord.