create your own site for free

CRACKS [FRAGMENTS] (2019) is a paper collage of fragments extracted from images of cracked pavements accumulated over time from different places, hand cut along the lines of its fissures to form geometric shapes. In this first version of an ongoing experiment, pieces of archival pigment prints are laid out on plywood with white acryllic.

Presented in random but adjusted compositions, the work aims to consider the collection as artefacts of time and movement - a residue (or evidence) of the cycle of cause and effect, of action and impact, of presence and marks.

This concept reflects recurring themes and methods in the current practice, including: 1) the informal process of accumulation to form active collections of images and/or other materials; 2) the discovery, observation and documentary of peripheral traces from contemporary life, such as cracks, graffiti and discarded objects; 3) the use of digital image-making typically through ubiquitous, portable, and/or accessible devices.

In the context of art history, several recognisable artists are useful points of reference in the approach, content and/or aesthetics of this work, such as: Richard Long and his meditative images of traces from unseen performative actions; Cornelia Parker and her 'accelerated archeaology' of contemporary objects that often goes through a process of discovery, collection and transformation; and Tony Cragg with his collection of disparate objects that form a new whole based on inherent qualities like shapes and colours.

Ancient monuments like monoliths also inform ideas around this work, particularly in the way these fragments seem to reflect some of its formal qualities, from the textures of rocks and stones to the geometric but haphazard shapes that define it. Perhaps more importantly, both objects share a thematic thread: lost to time and the periphery, they are in a way (re)discovered, (re)considered and (re)introduced to consciousness through a kind of process that attempts to acknowledge their existence at the very least. And perhaps in their most potent state, both have the potential to represent a memory of human presence and/or activity.

As an ongoing project, further iterations are being developed for various contexts with the aim of retaining its key features, such as black-and-white imagery, geometric shapes, collective pieces that form a cohesive whole, and the use of images from a growing photographic collection of cracked pavements, as pictured below. 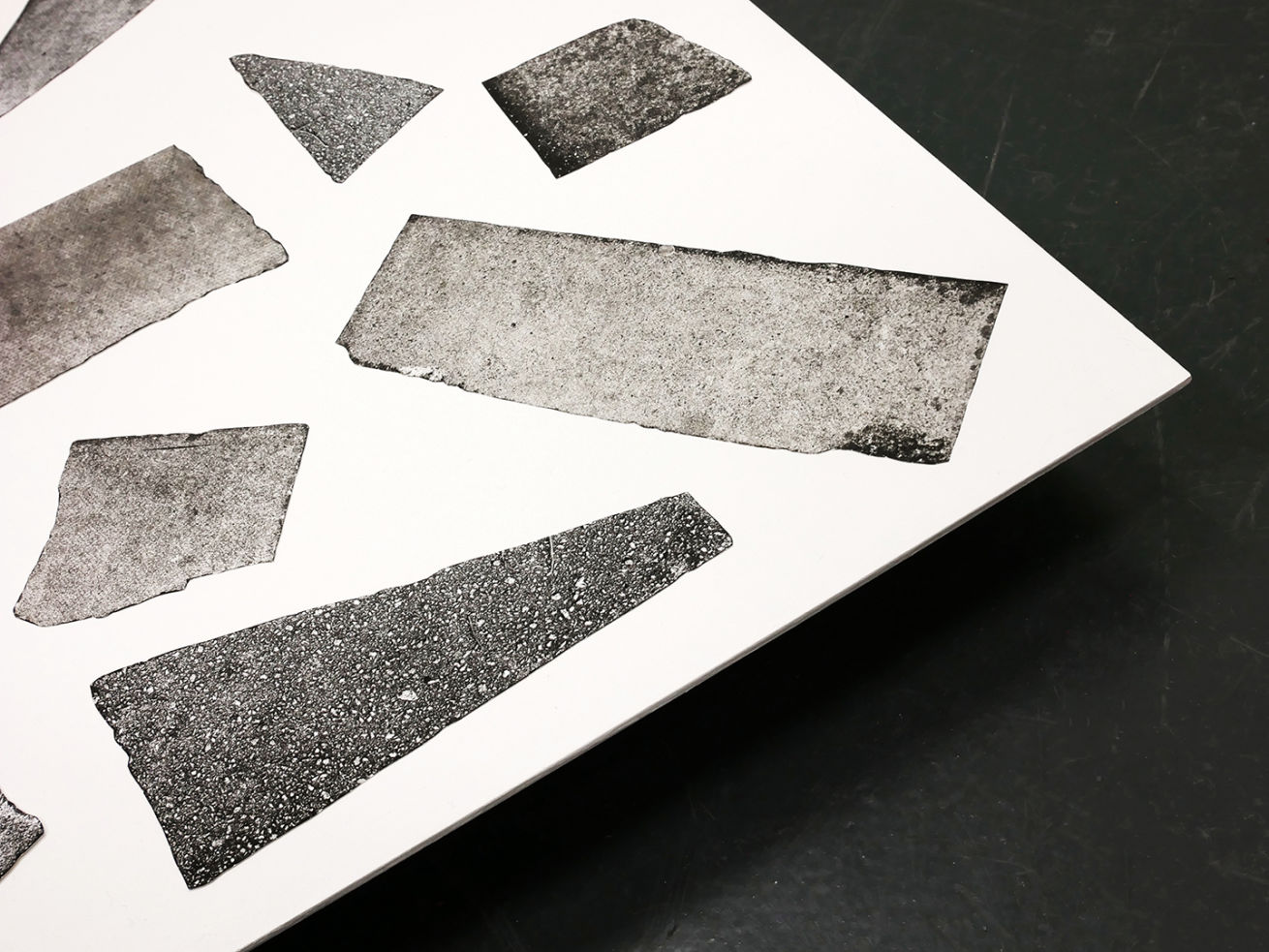 In this first version of the ongoing project (above), cracks are turned into a selection of fragments that aim to be considered as contemporary artefacts. Compositional studies (below) were used to explore its visual potential. 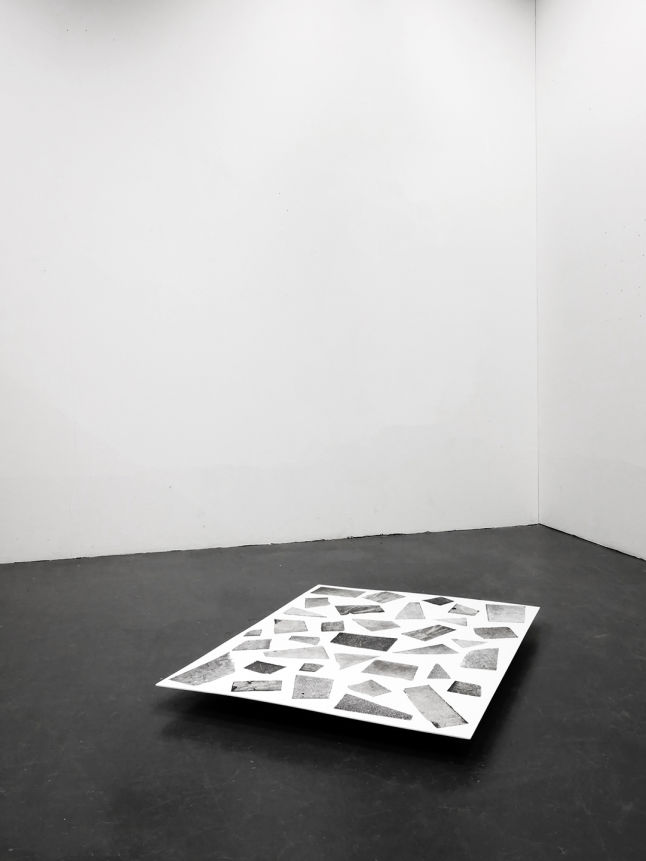 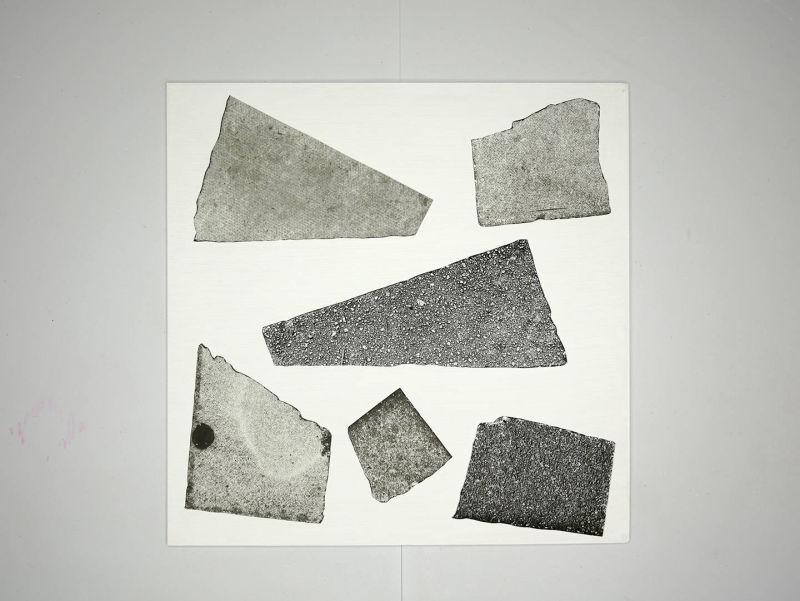 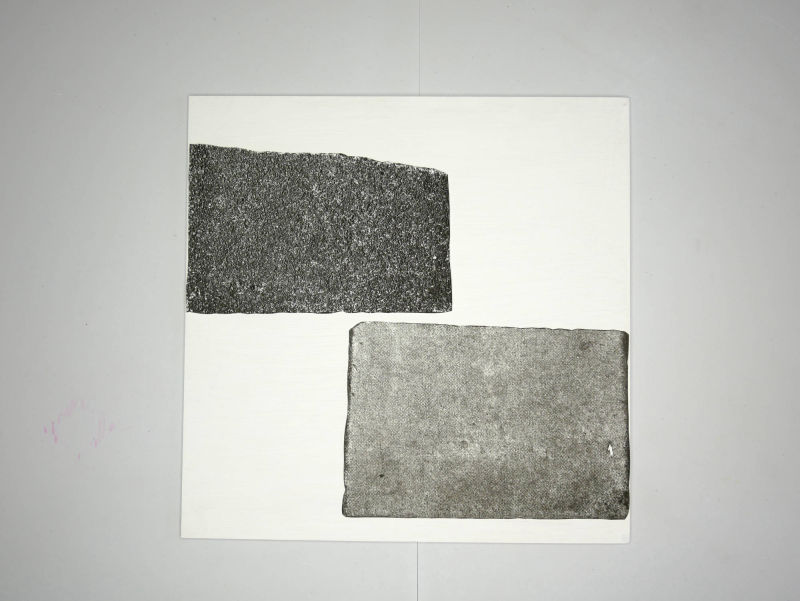 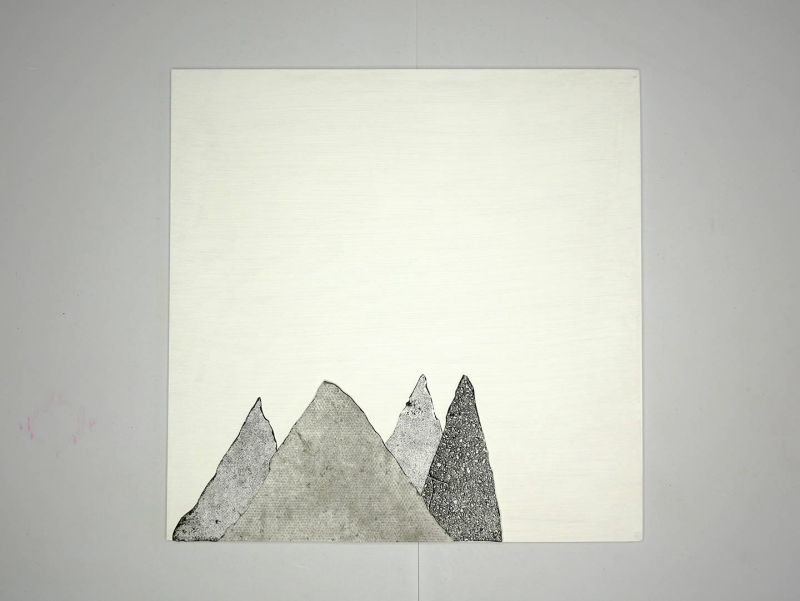 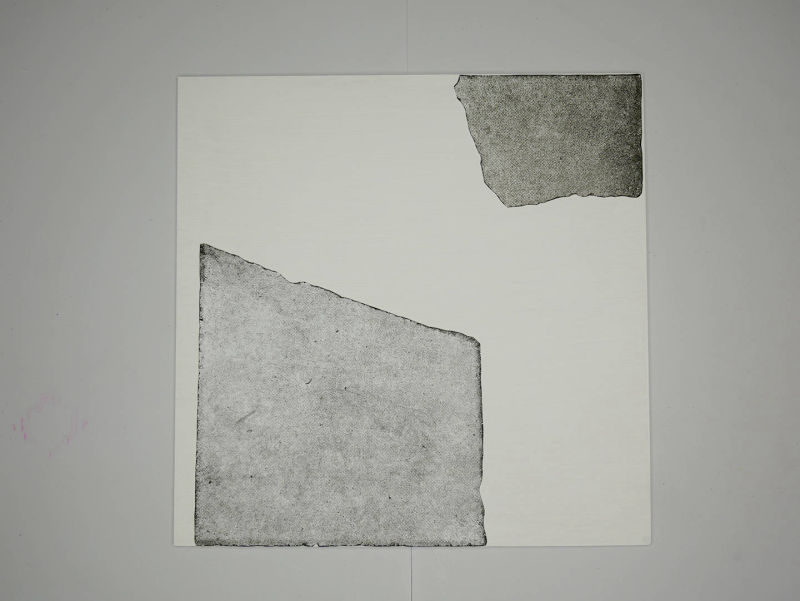 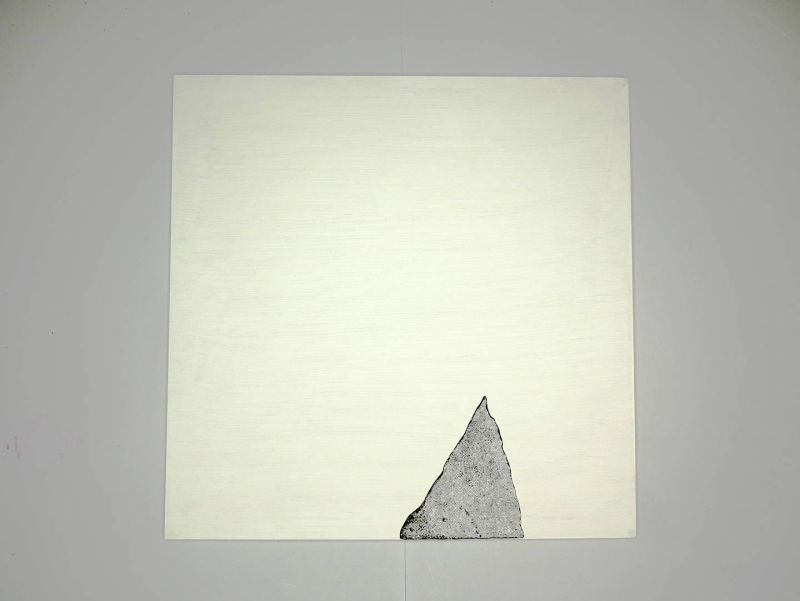 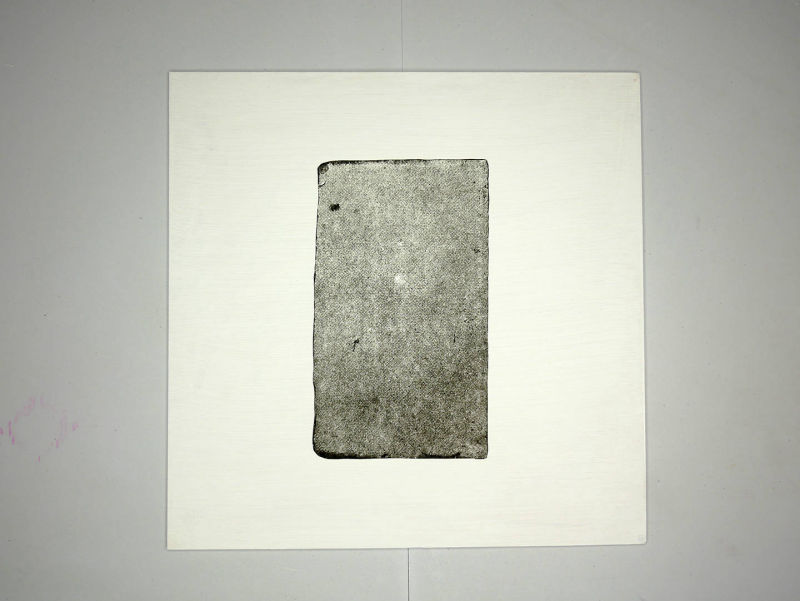 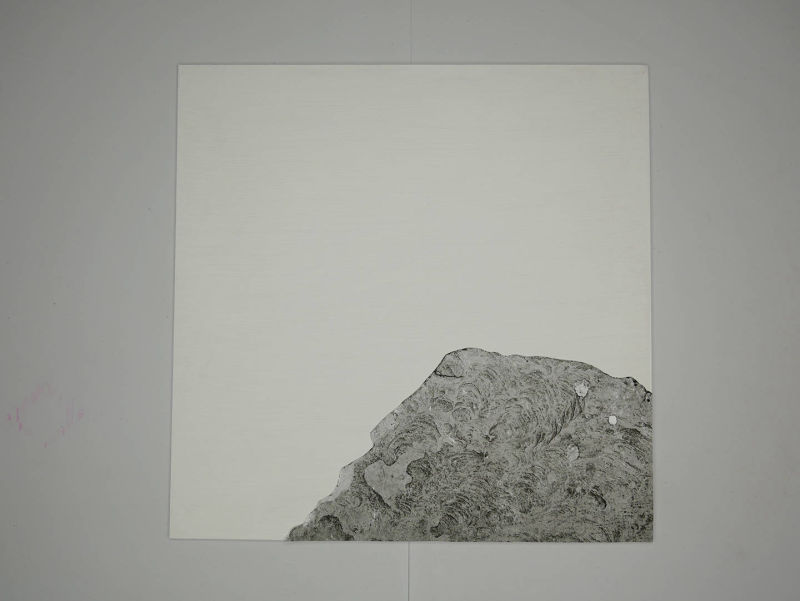 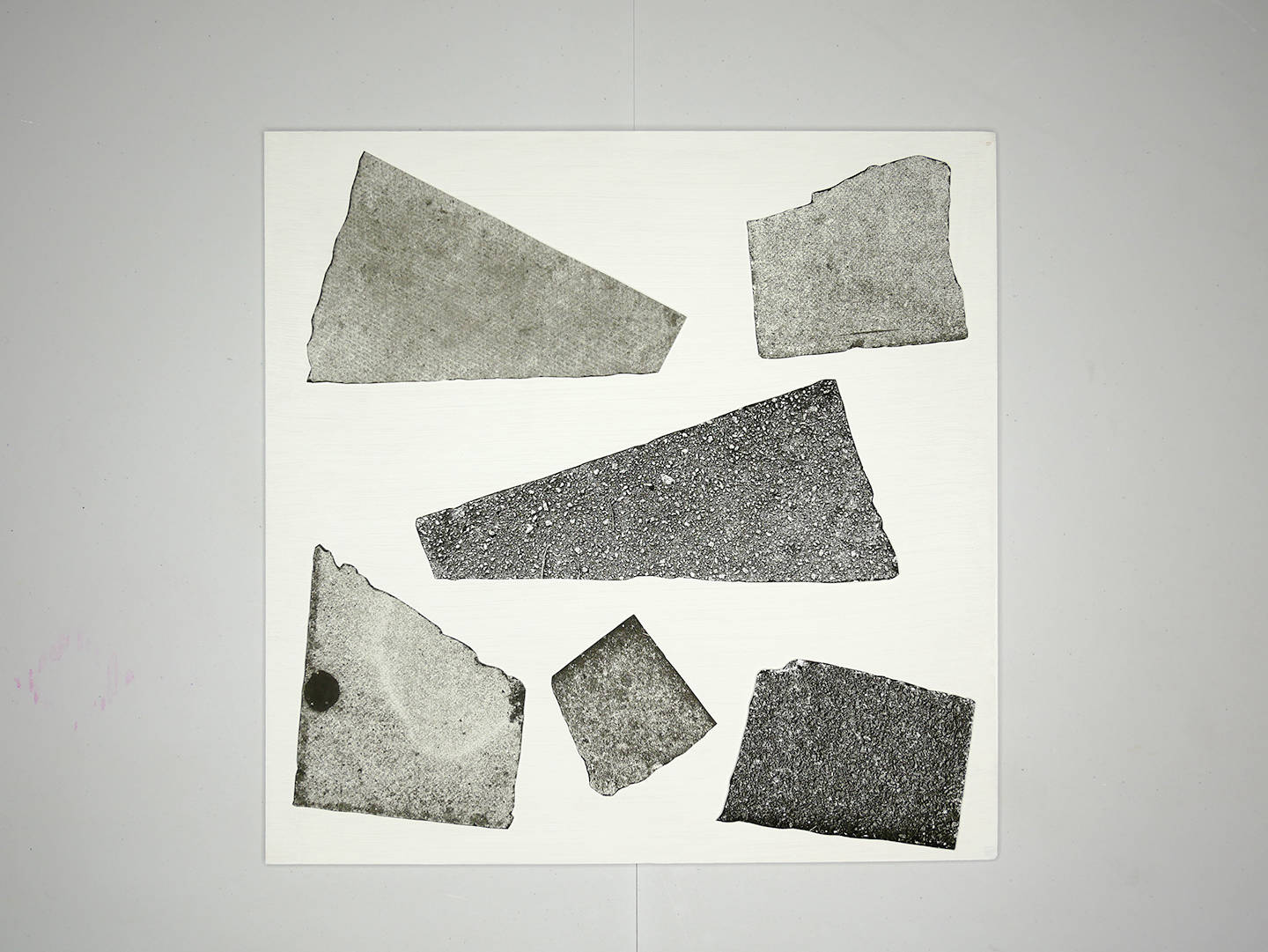 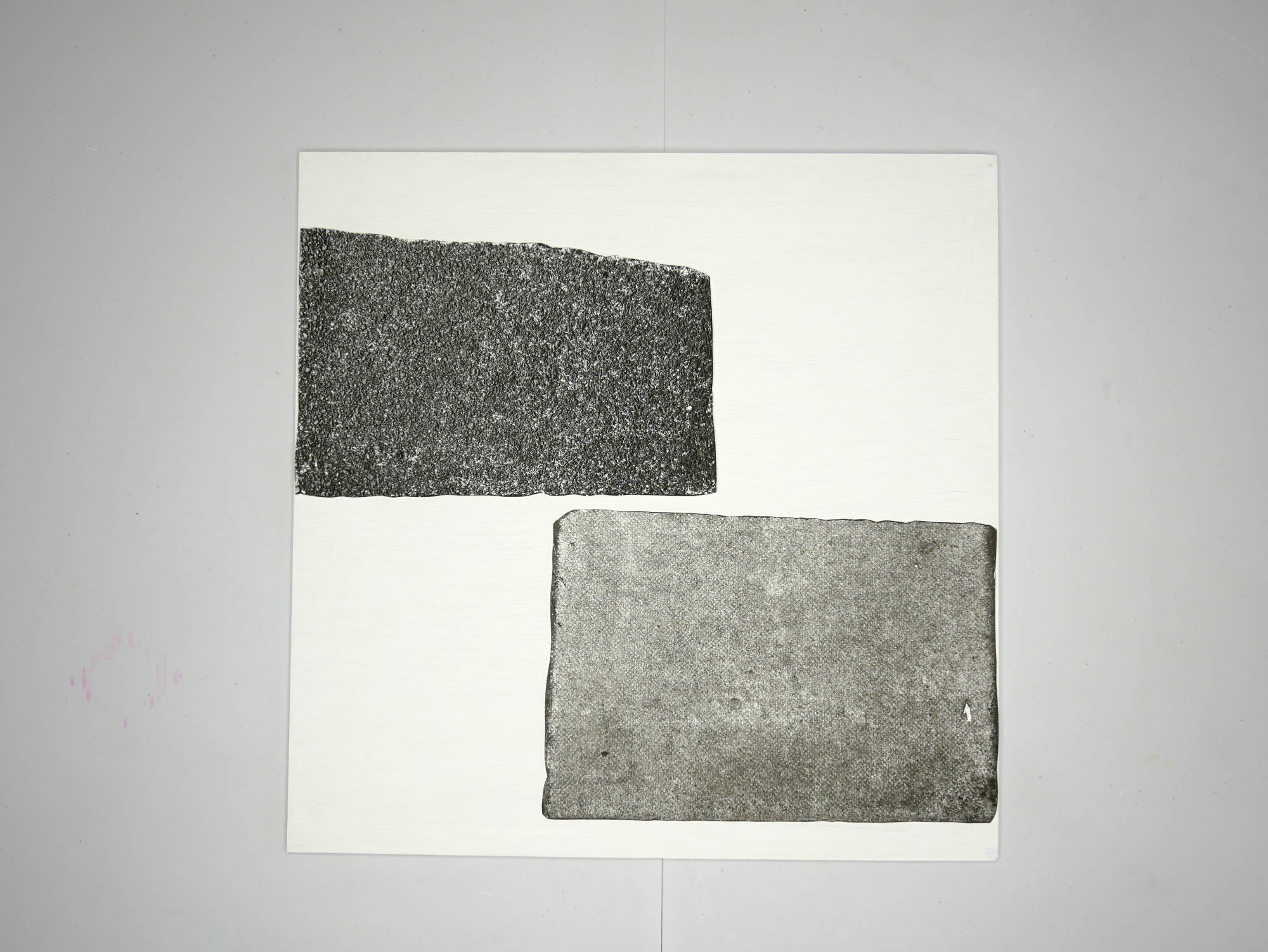 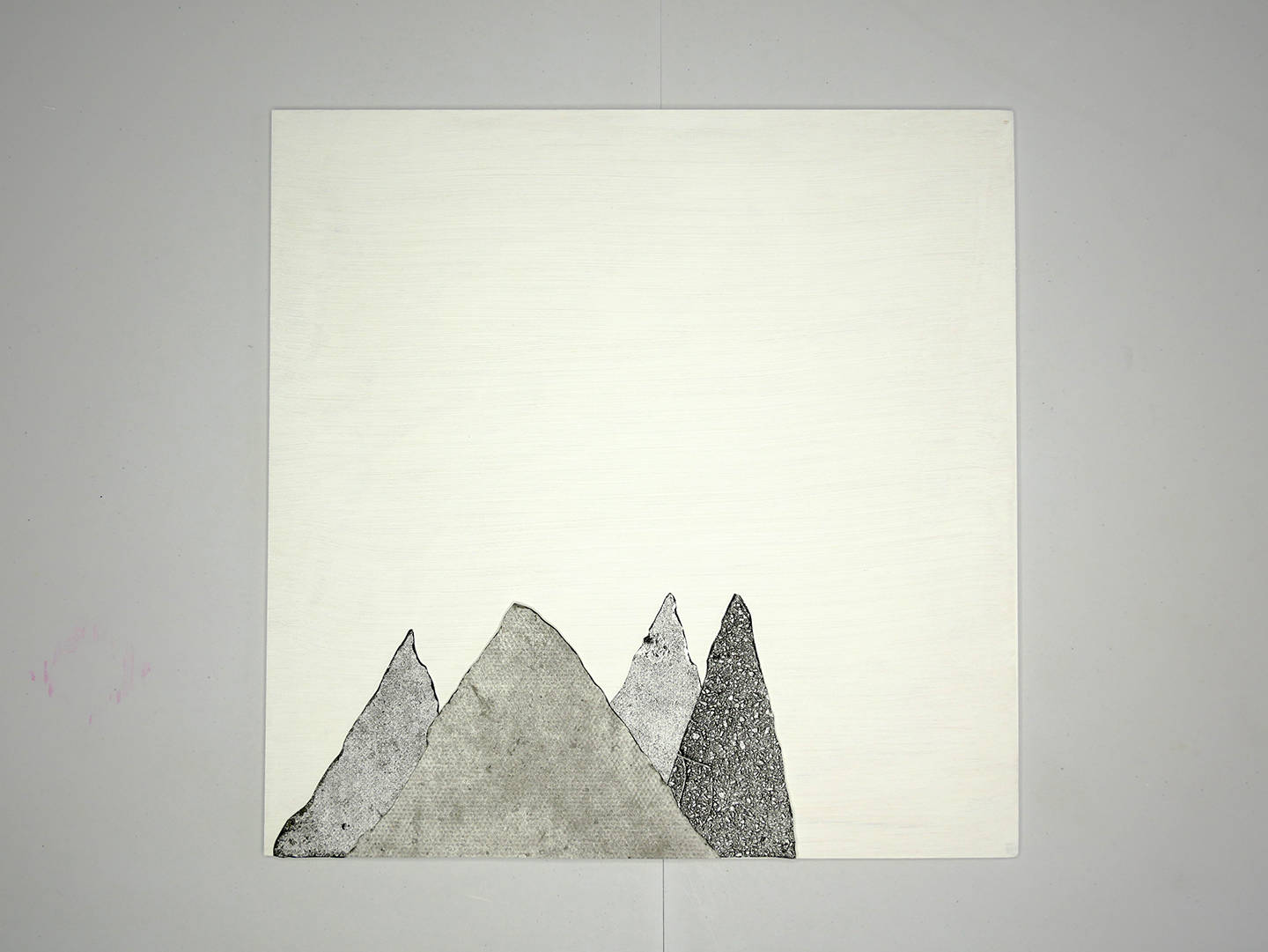 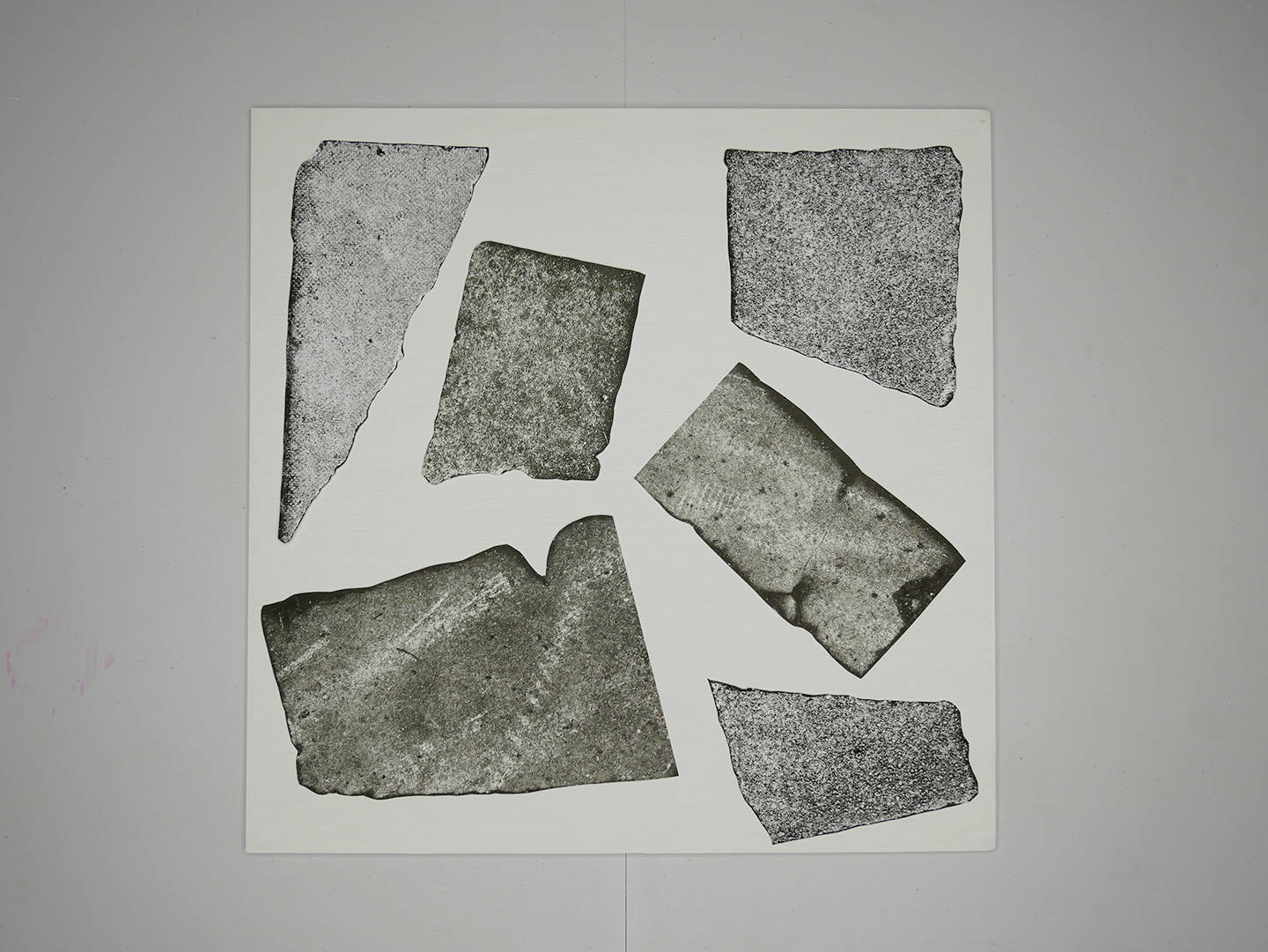 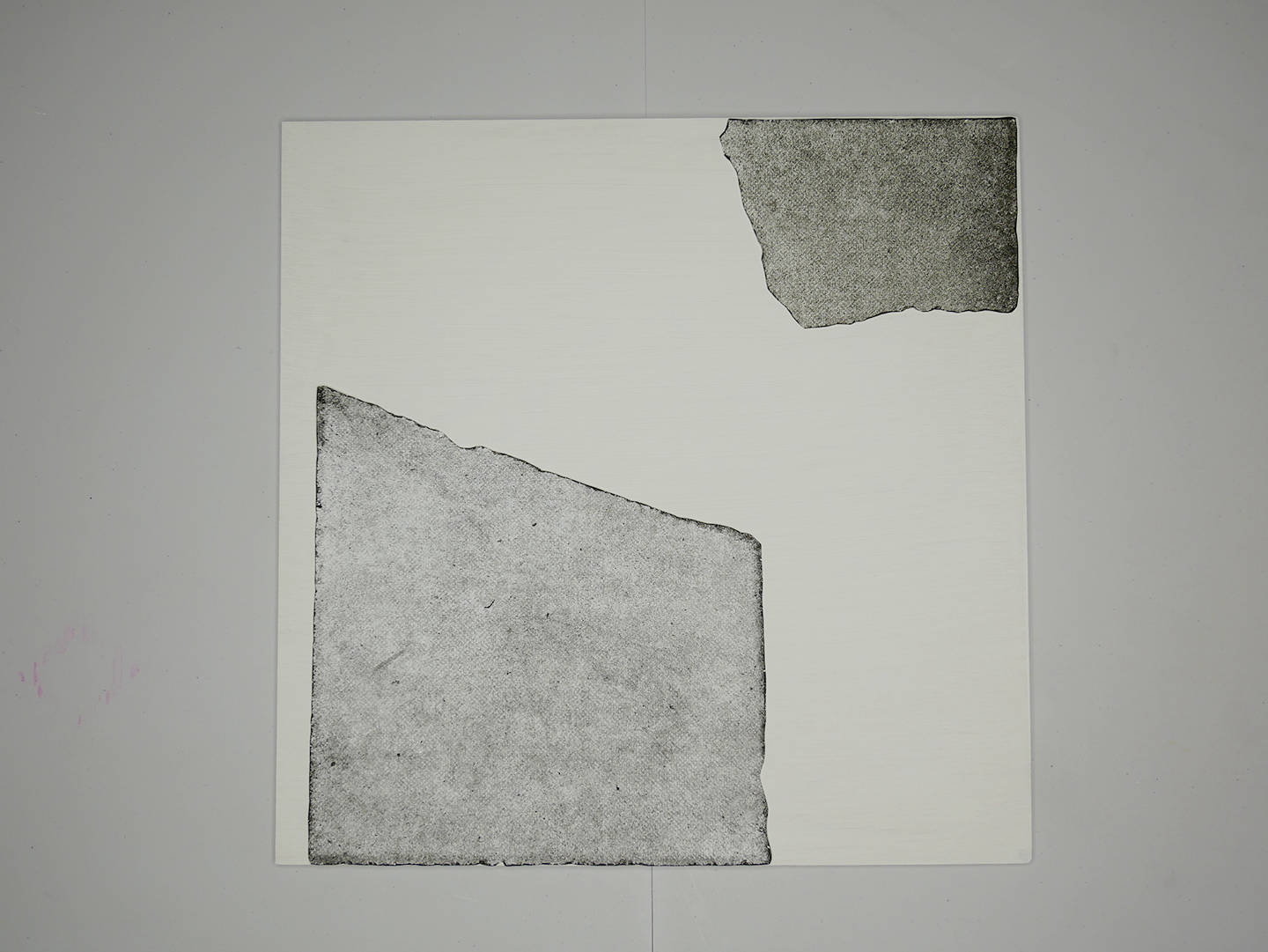 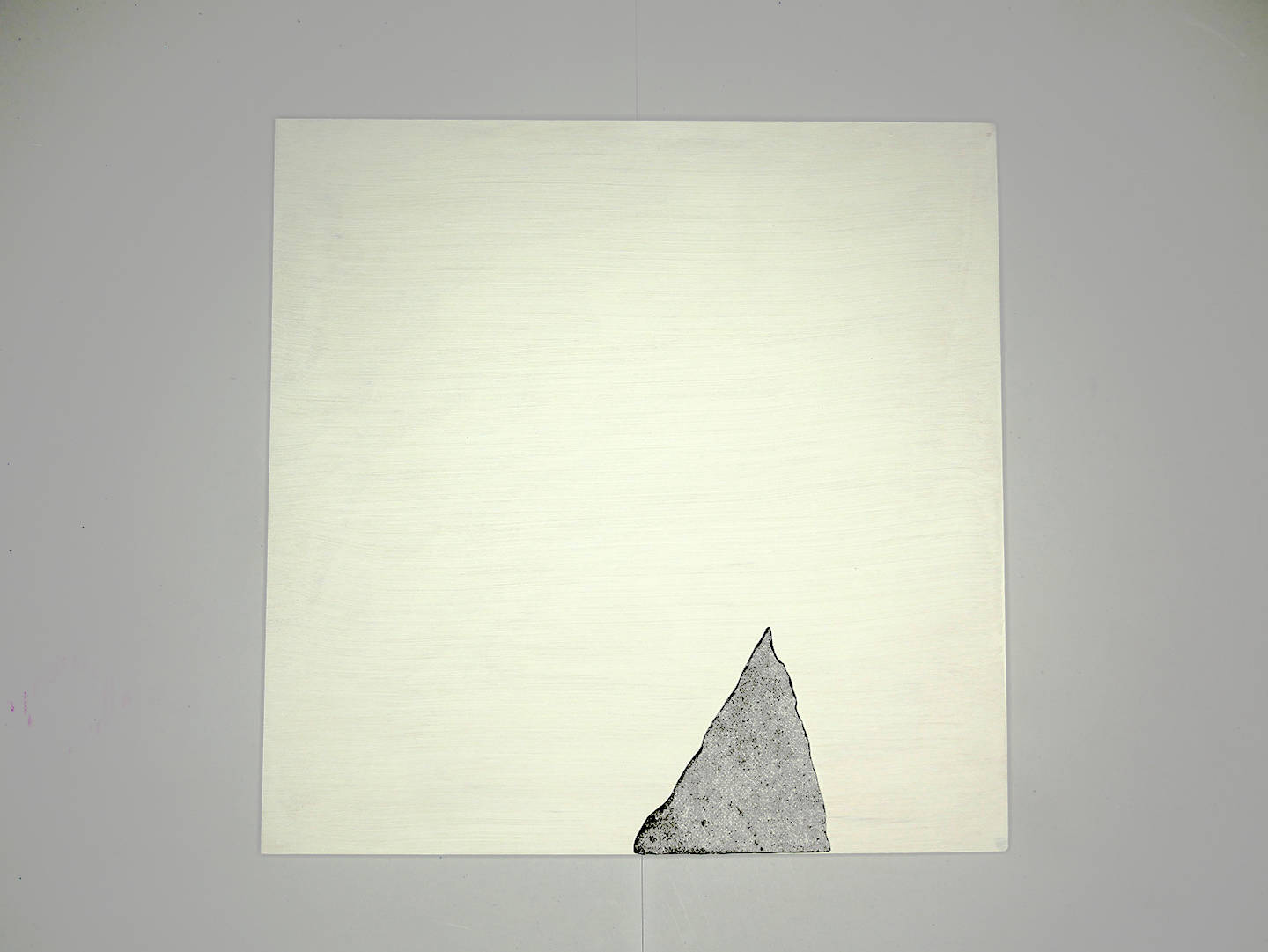 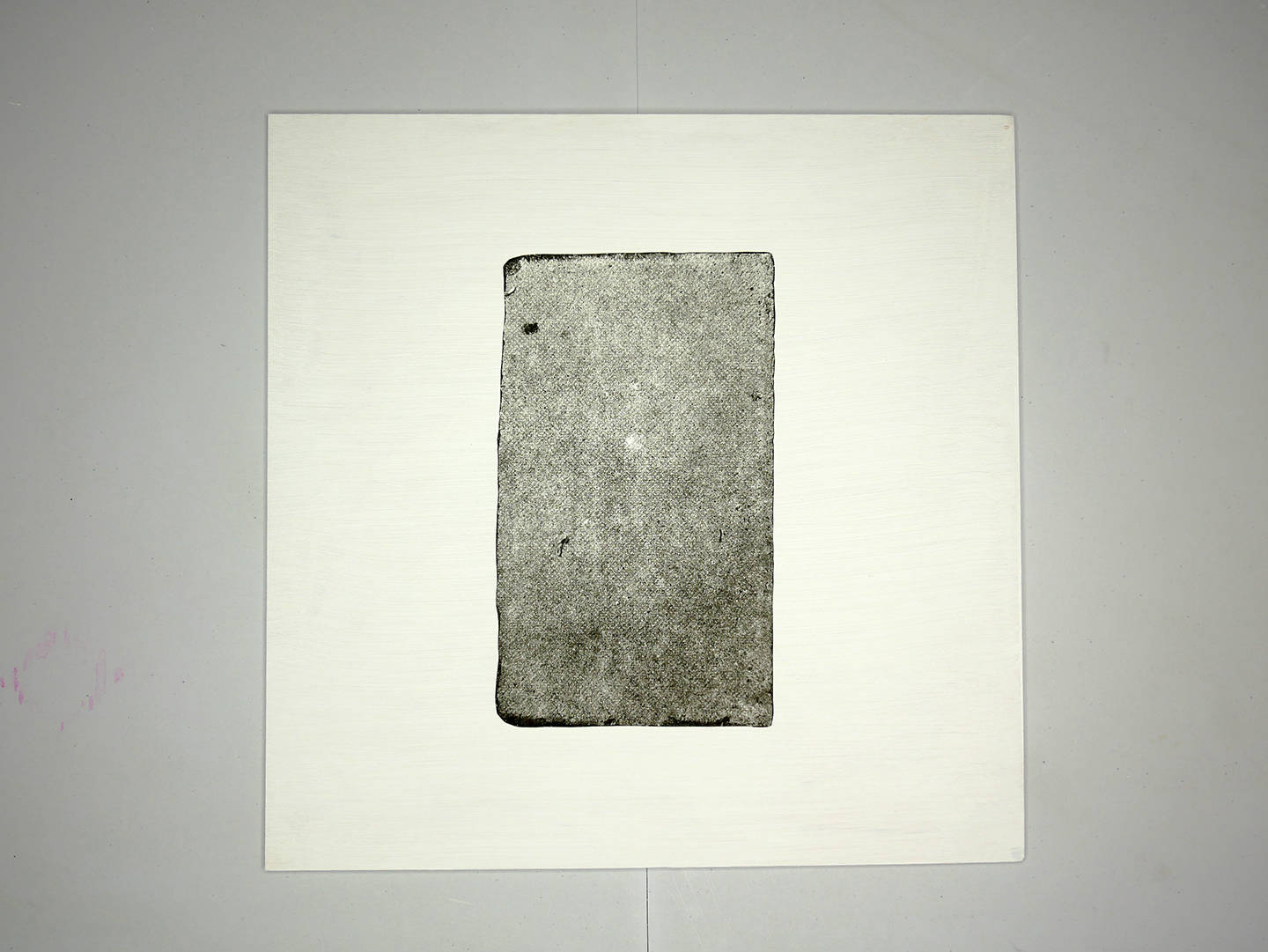 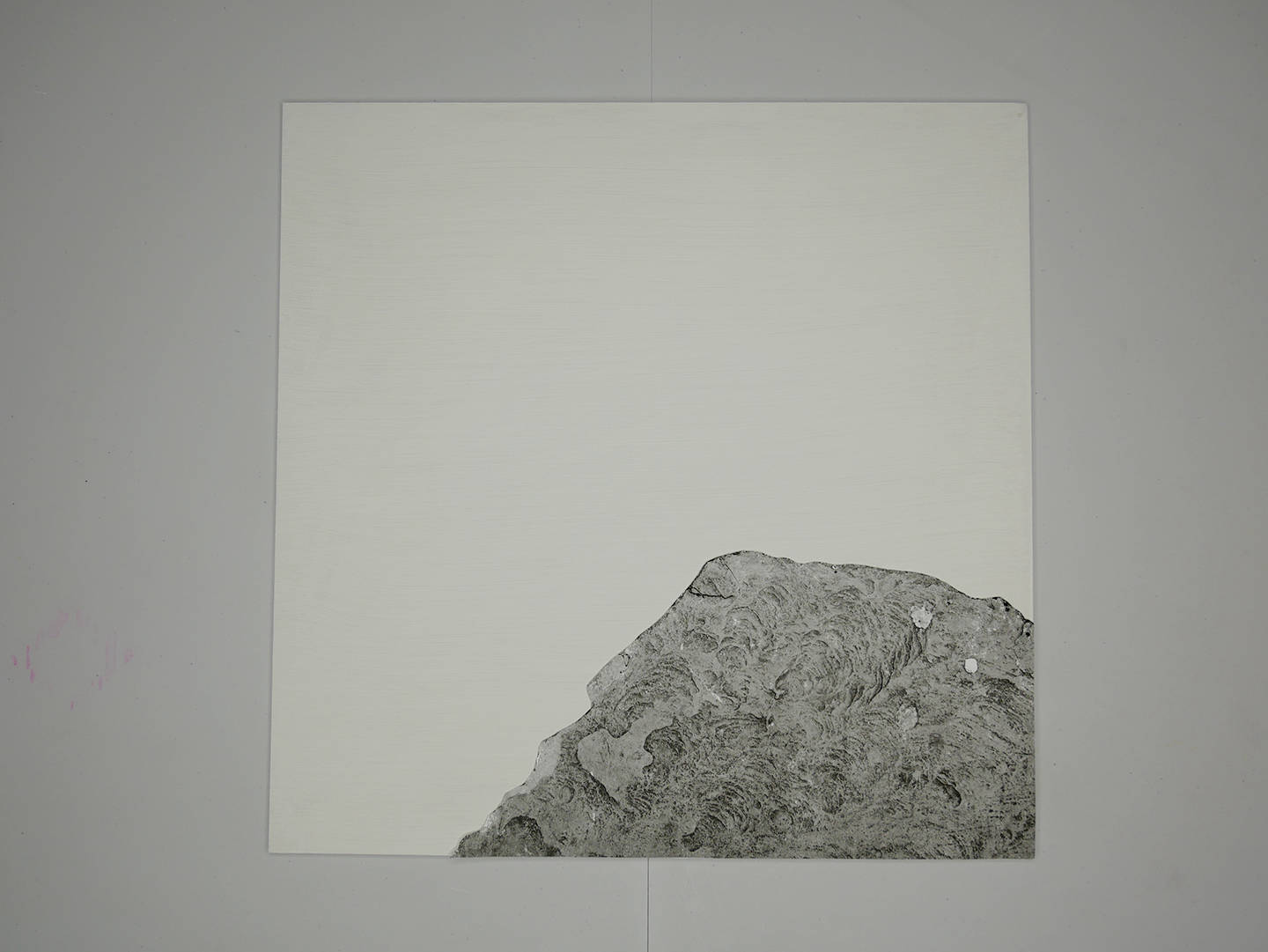