I Am Here Too

I AM HERE TOO (2018) was a participatory project in response to a particular space and theme for a group exhibition, Who Will Provide? at The Crypt Gallery in London. It was an attempt to involve local groups and individuals in the making of a work.

The concept was primarily inspired by a 1995 document from the archives of the venue, which stipulated the desires of local leaders to “serve” nearby communities, including residents, students and the homeless. This was reflected in the title which aimed to evoke presence and absence, visibility and invisibility, connection and disconnection.

In an effort to help reclaim this vision as the impetus for the project, several attempts were made to reach surrounding people, institutions and businesses after an initial period of research and development.

What emerged in the end was an interactive mixed media installation featuring a banner, tin cans, marker pens and cardboards through which visitors can leave their marks, an idea that evolved from interactions with community members who provided opportunities, material or information.

Participation is at the core of this work, and it was also its main challenge. The entire project had many potential elements the did not materialise due to lack of interest, which could have been anything from sculptures and paintings to videos and events. It was perhaps overly ambitious.

Nevertheless, the experience was educational in many areas such as research, communication and organisation. And the final result, which continued to be marked until the last day of the exhibit, was also satisfying in the way it fulfilled its aim of engaging people throughout its process.

Tales From The Crypt: This digital project diary was part of the work exhibited, created to highlight selected parts of the process, including anecdotes, historical info + project proposals, accessible online via issuu 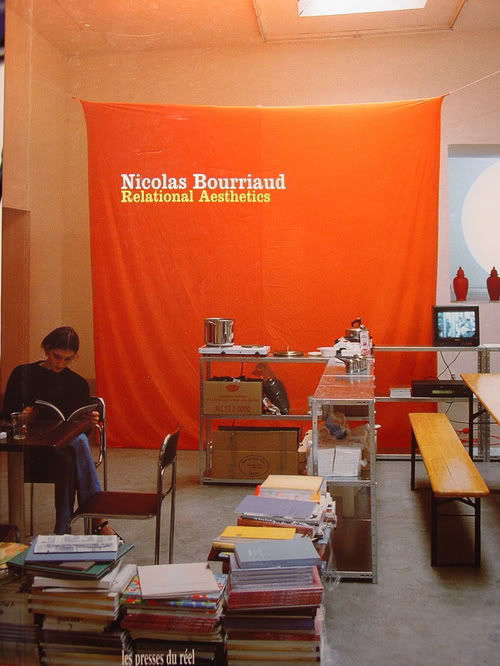 Relational Aesthetics (2002): This book by Nicolas Bourriaud provides a context for the process, intentions and challenges of this work, citing art that engage people + places

The seminal book, Relational Aesthetics (2002) by Nicolas Bourriaud, was encouraging in its recognition of process-driven relational art as “vehicles through which particular lines of thought and personal relationships with the world are developed.”

​It resonated with the intentions of this project to engage with communities as a way to honour history (of the gallery) and uncover potential stories (of local people) with implications to a wider contemporary society (as it does with homelessness and people in crisis).

​As part of the research, local walkabouts were also conducted to explore nearby graffiti as a potential source of inspiration. These helped inform the mark-making invitations on cardboards which attempted to simulate an environment that could mimic the graffiti process by providing a platform and explicitly encouraging action through obvious signs and casual interactions.

Artists who have successfully navigated similar projects include: Jeremy Deller who highlighted the lives of local people with What Is The City But The People (2017) for Manchester International Festival; Tania Bruguera who worked with communities around Tate Modern for her Turbine Hall project [growing number] (2018); and Gillian Wearing who invited people off the streets to write anything they wanted with Signs That Say What You Want Them To Say (1992-3) which is now part of the Tate Britain collection.

Other artists that influenced this project include: Bob and Roberta Smith for his use of text and protest aesthetic to convey personal and social ideas such as the ongoing Art Is Your Human Right campaign; and Barry Flanagan who had a similar approach to visual materials with works such as June 2 ’69 (1969).